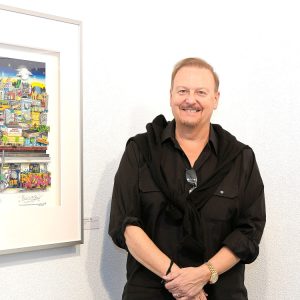 … is one of the most popular 3D artists in the world today. With hundreds of galleries exhibiting his pieces worldwide, he has gathered a loyal following throughout the United States, Europe, and Asia. His artwork can be found in the private collections of US Presidents Bill Clinton and George Bush, President Tarja Halonen of Finland, Rosie O’Donnell, Morgan Freeman, Paul McCartney, Senator Hillary Clinton, Michael Jordan, Andy Roddick, Tony Stewart, Julia Roberts, Katie Couric, Reggie Jackson, and many other internationally renowned figures and organizations.
As the creator of 3D limited edition fine art, he is best known for his obsession with bright colors and wonderful detail, the frenetic energy that infuses his work and a unique hand assembled 3D layering technique that brings his images to life. A graduate of the New York School of Visual Arts, Charles Fazzino’s popularity has soared during his thirty-year-career. 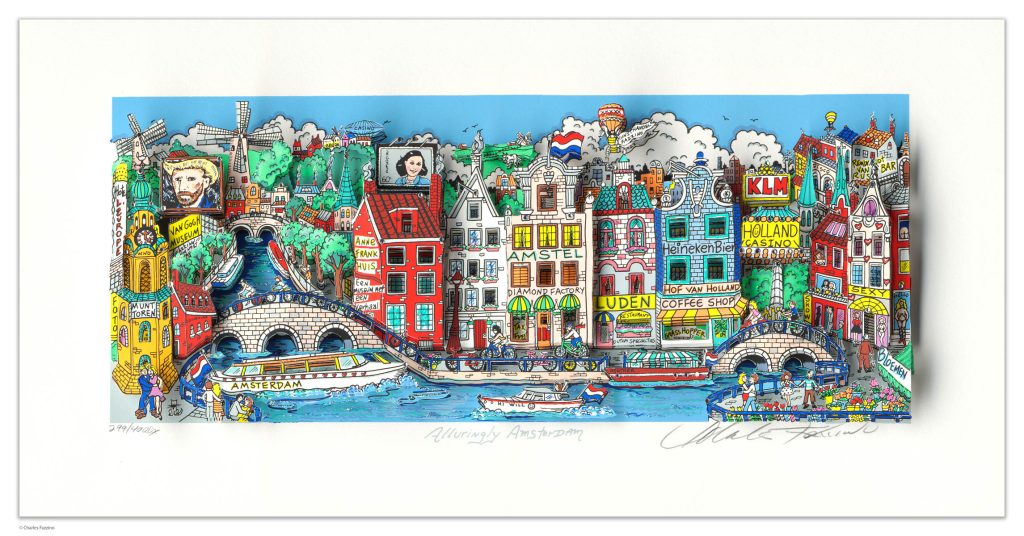 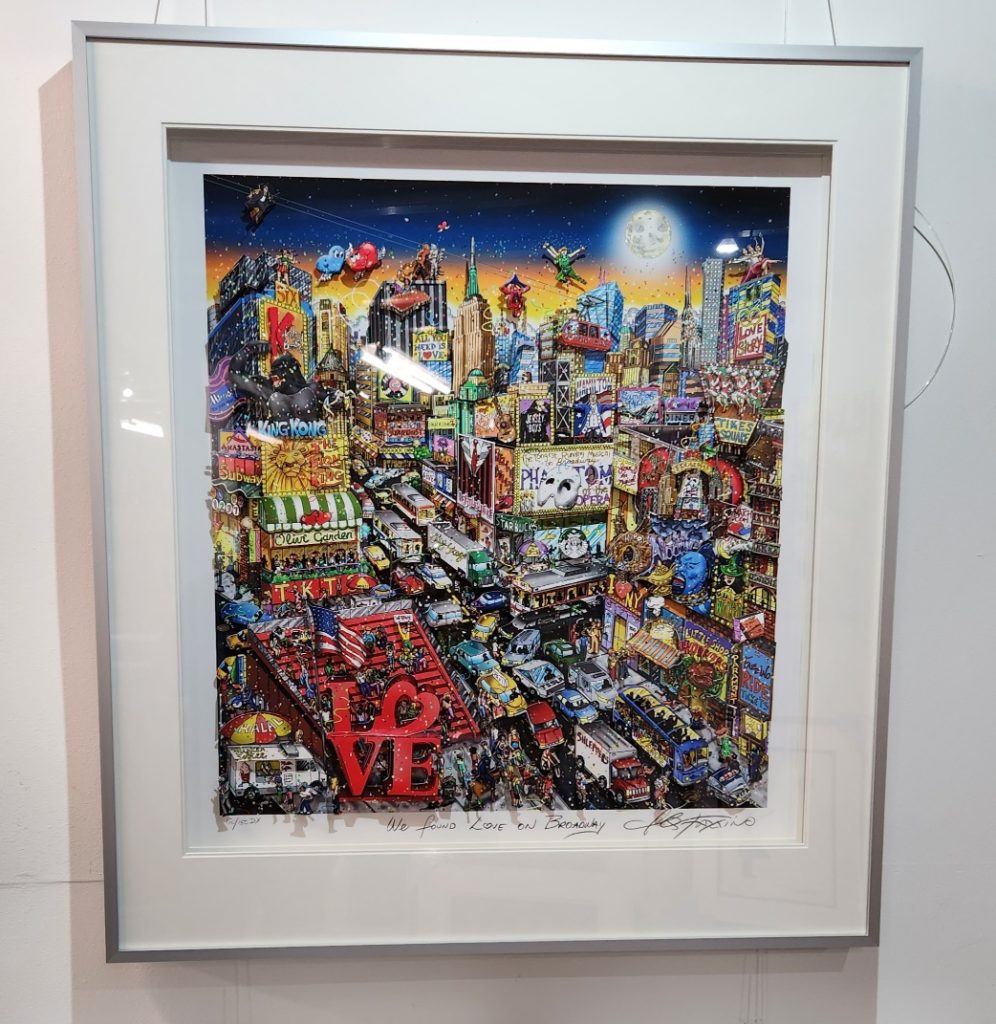 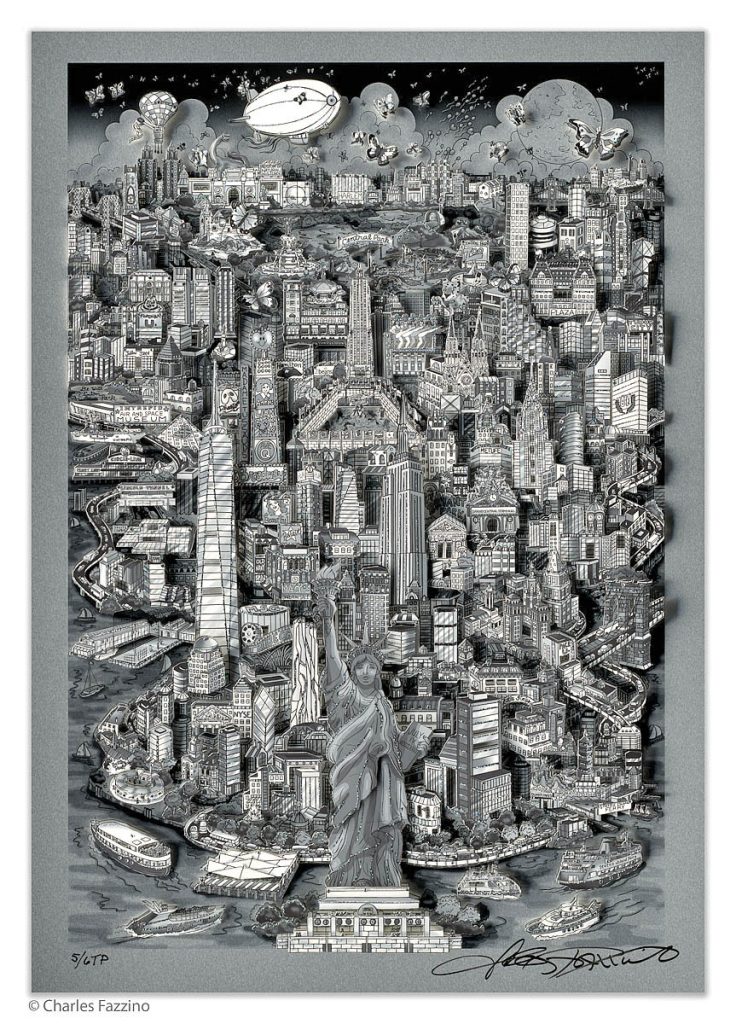 Liberty in the Center of All NYC- Charles Fazzino 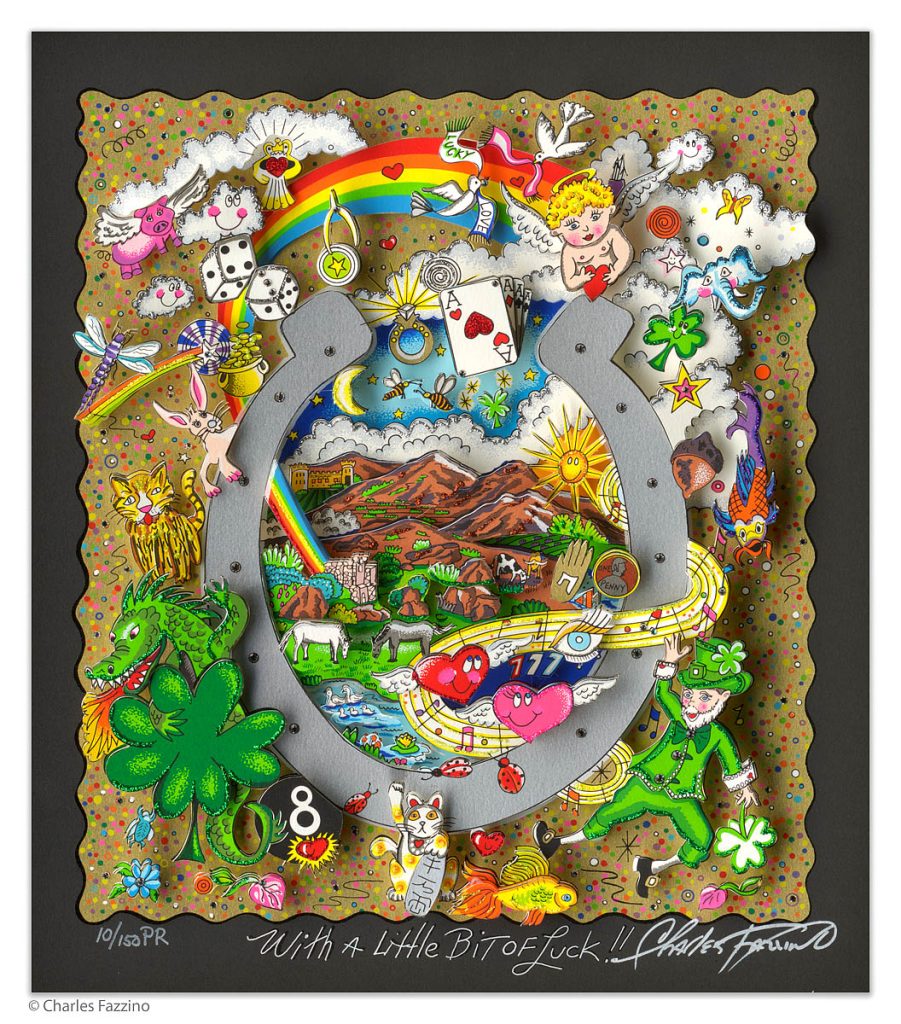 With a little bit of luck- Charles Fazzino 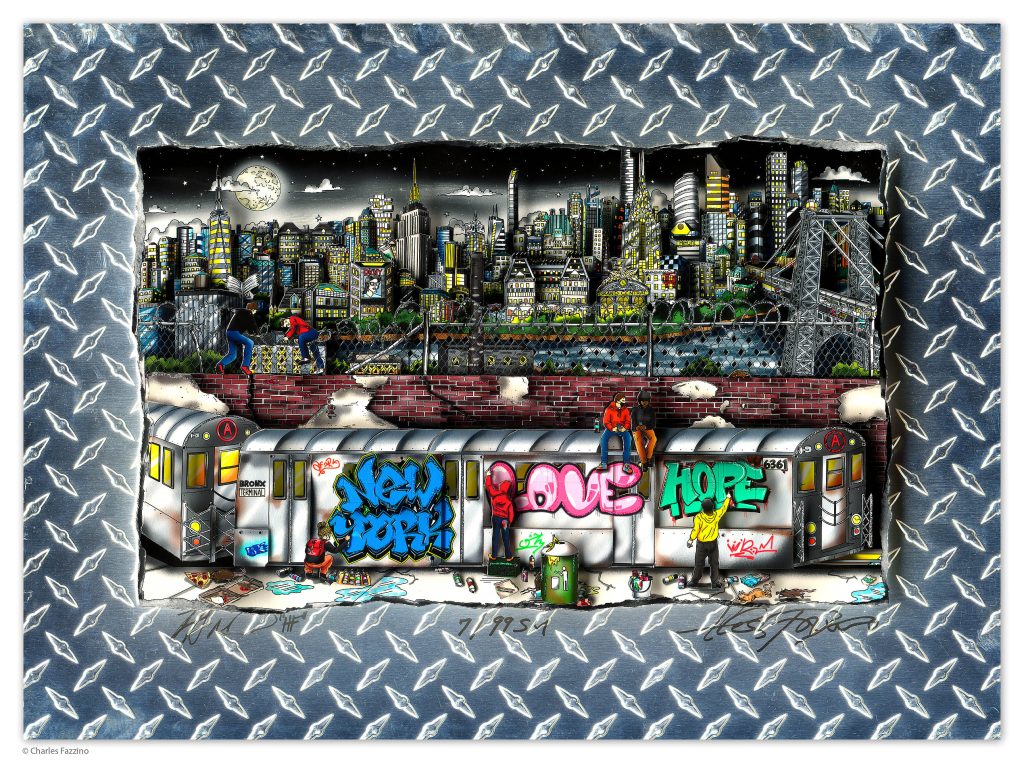 This shall pass – Charles Fazzino 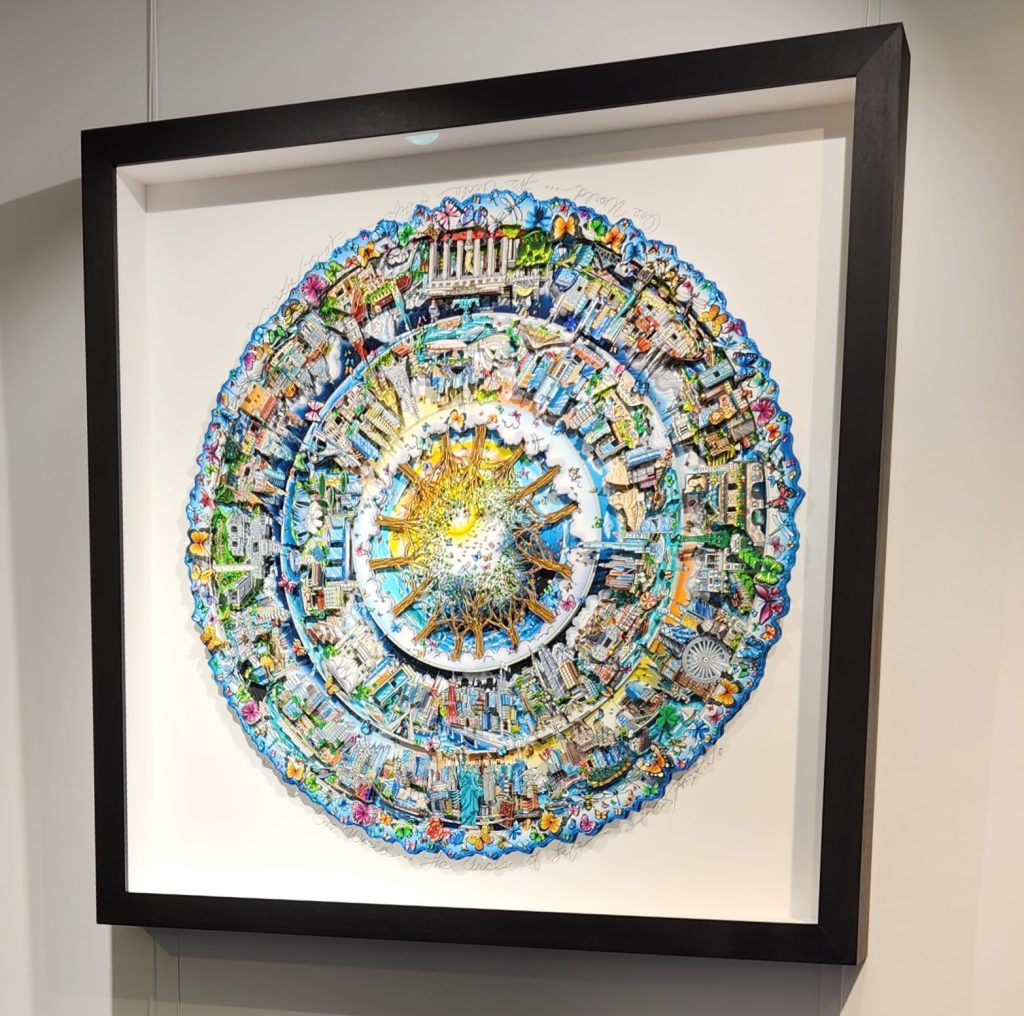